Flights to Mexico City: Why You Should Not Miss It

One of the major cities of bustling Mexico, Mexico City is known as one of the largest metropolis in the world housing almost over 22 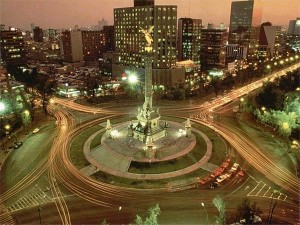 million Spanish-speaking citizens in a 750 square kilometre area. Among the many cities, it is the center of government, business, and culture in the whole Mexico. Comparable to United States’ Las Vegas, Mexico City, is the country’s own city that never sleeps. No wonder travellers, investors, and people around the world are captivated into taking flights to Mexico City.

With much abundance Mexico City has it all; from world-famous archaeological sites to the unlimited shopping opportunities, vibrant festivities and nightlife to a carefree culinary experience.  The affluence of its culture and traditions and the warmness of the locals only add to the reasons why the world has been spellbound by its beauty.

So who goes to Mexico City frequently? Honeymooners are just one of the few. People from other parts of the globe who wanted to experience a variety of activities that ranges from laid-back to extremes are the most likely to come and travel across the world  just to have a good taste of what the extraordinary Mexican city has in store for them. Families looking for an exciting adventure, students on a spring break, culinary enthusiasts, history lovers, and business investors only sum up to the many worldwide arrivals in the busy Benito Juarez International Airport. Specifically speaking, people from these following countries are the frequent visitors of Mexico:

Aside from the above given, there are a number of international airlines that charter trips from anywhere around the globe to Mexico City. Follow the link to see a complete list of all the airlines catering flights to Mexico City. Flights to the metropolis are available all year round. The top three aviation companies that travel to and from the city the most are: Delta Airlines, Aeromexico, and American Airlines. The most comfortable airline is Air Canada, as it was recently awarded the Best International Airline in North America by Skytrax and Global Traveler Magazine.

What You Need to Know Before Embarking on a Mexican Trip

To have a hassle-free trip, travelling to Mexico requires time for planning. You have to know all the important details to avoid stress while vacationing. Some tourists consult travel agencies to help them accomplish everything while others wanted to have a good taste of what it’s like to plan a Mexican trip on their own. For those who don’t have the slightest idea, here are the basic things that you need to be familiar with:

Those are just some of the important things that you have to know before scheduling flights to Mexico City. So buckle up and remember to have a blast and forget about everything else once you step on this beautiful city – for you might not know what other surprises await you.

Have you already taken flights to the stunning Mexico City?

If so, what did you do? What are the must-see spots there? Did you have fun? Share your experience with us and let others know how wonderful it is to walk through the busy streets of the Mexican city. We’ll be waiting!