Bahia Cacaluta is located southwest of the main beach of the bay of Santa Cruz and received its name from the Zapotec word meaning “black bird”, cacalote, the name for a variety of crows or ravens.  This bay is the perfect setting for relaxing and enjoying the beauty of its flora and fauna.  It has been said that when King Juan Carlos of Spain came to visit Huatulco in 1993, he declared Cacaluta to be his favorite beach.

Cacaluta was the perfect setting for the 2001 critically acclaimed film “Y Tu Mama Tambien”, a story of a humorous road trip where the characters end up at Bahia Cacaluta while searching for a mythical beach destination called Boca del Cielo. This bay has a great natural, scenic and ecological value and boasts beautiful vegetation consisting of deciduous forest and mangroves.  It’s main characteristic are the bay’s open form that resembles a heart. In front of the bay lies an island that protects the beach from winds and allows a gentle ocean breeze. All along the inside edge of the island is a beautiful coral reef in about 5-15 feet of water. On the outside edge of the island the water drops off abruptly to 100 feet. There is good scuba diving on the outside, including a deep canyon laden with coral and sea fans.

This Bay has two beaches: Cacaluta and Arroyo. At Playa Cacaluta the sand is white, slightly coarse and has a convex slope.  It is approximately 1 kilometer long and 50 meters wide. The water is warm with green and blue hues and has strong waves.

It is recommended to get to Bahia Cacaluta by boat.  To access by car you head towards Bahia Maguey from the northwest corner of Santa Cruz, Huatulco. Right before Maguey at the “entronque” or roundabout where the road forks off to Cacaluta, you continue toward Maguey to the far side of the roundabout and there’s an unmarked trail to your right. If you have your own car you can park it in the parking area just down the hill at Maguey or have a taxi drop you right at the trail. The trail winds through the woods and is easy to follow, with one fork just before the beach you have to bear left at. It’s between 15-30 minutes, depending on how fast a hiker you are. There are no services at Bahia Cacaluta so be sure and pack a lunch if you plan to spend the day exploring this beautiful bay. 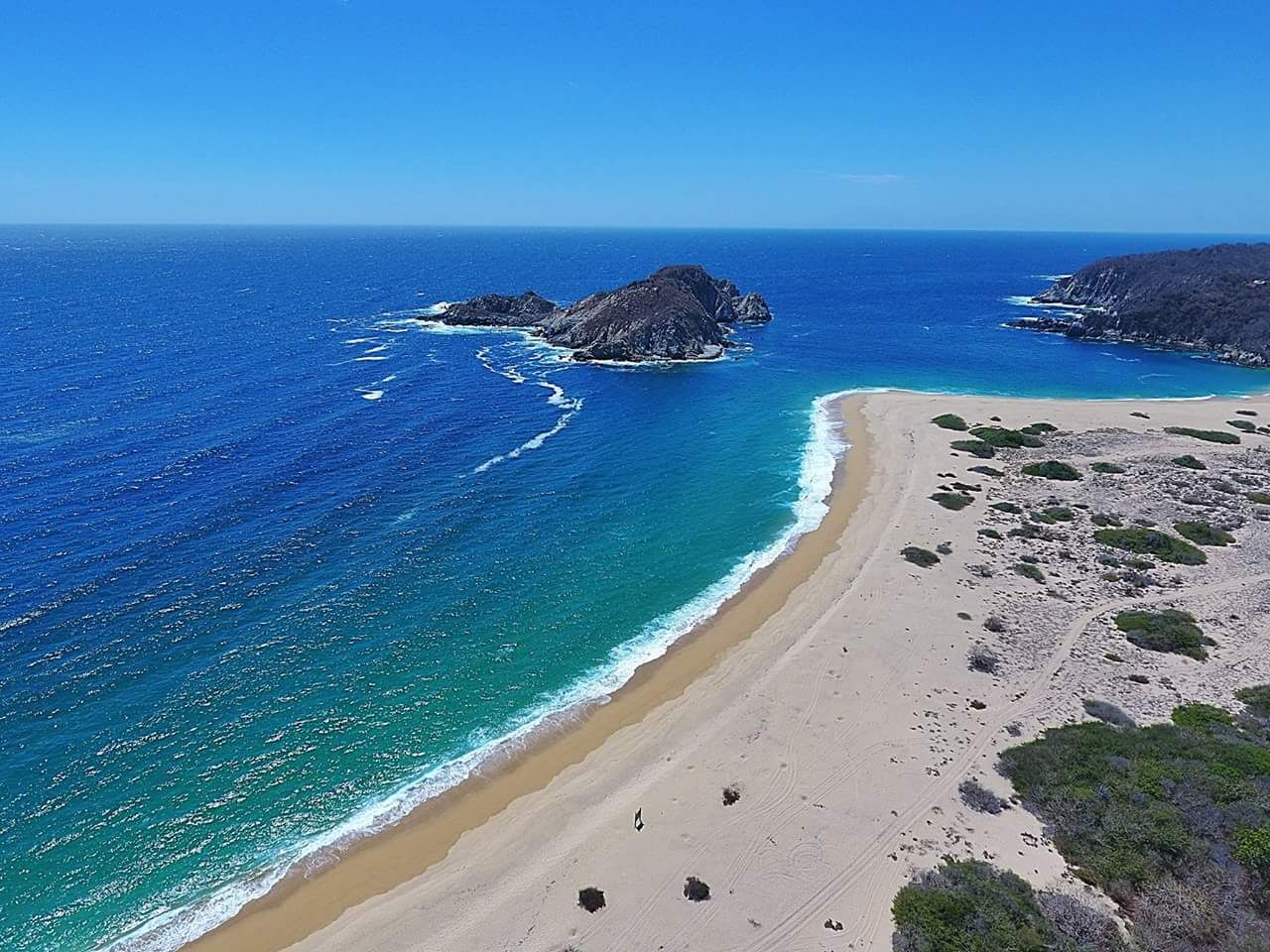