Oaxaca Highway is a Coming Reality 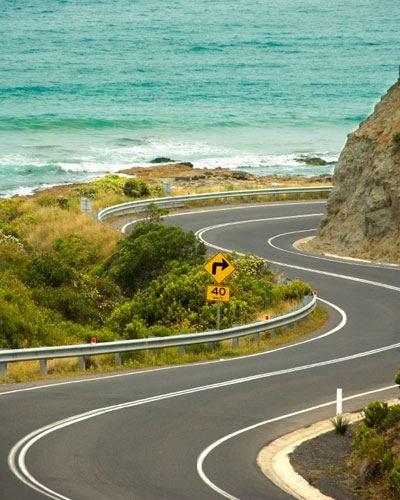 Such was the optimistic tone set by Mexican President Felipe Calderón back in 2008. Since then the Oaxaca Highway project, that promises to be a boon for tourist travel to the Oaxaca beaches along the Pacific coast, has moved along in fits and starts, plagued by budgetary problems, political infighting and the general economic slowdown over the past few years.

“Mexican President Felipe Calderón announced a 4.5bn-peso (US$420mn) highway project to connect Oaxaca state capital Oaxaca City to coastal towns Huatulco and Puerto Escondido, the transport and communications ministry (SCT) reported on its website … Project completion is set for 2010 and the budget will be administered through the national infrastructure fund, under a public-private financing scheme.

When completed, the Oaxaca Highway project will have upgraded over 134 kilometers of existing roads, and add 105 kilometers of new and modern highway between Ejutla de Crespo and Ventanillas, on the Pacific cost near the beautiful coastal town of Puerto Escondido.

” … The highway will benefit a total of 1mn residents in 21 of Oaxaca’s 570 municipalities, generating 5,000 direct jobs on the highway’s construction. In addition, 10,000 indirect jobs are anticipated from the enhanced tourist and commercial activity the improved highway is expected to bring to the area.”

The Oaxaca Highway project is also part of a wider national plan to construct 100 strategic highways to interconnect the country. The Oaxaca plan calls for a four lane modern highway all the way from Oaxaca City to the Pacific coast, and includes the construction of 30 new connecting roads, 78 bridges and 42 underpasses, and several tunnels.

Construction contracts for the new stretch of highway from Ejutla de Crespo to Ventanillas was awarded in 2008 to Grupo Omega, a major Mexican construction firm, and the project finally broke ground in April of 2010 after two postponements due to financing issues. The new highway is scheduled for completion in 2013.

When completed, the new Oaxaca Highway will cut road travel time from Oaxaca City to Puerto Escondido from eight hours to two, and to Huatulco from six hours to three. Connecting the central valleys of the state to the coast is expected to boost commerce and develop the Puerto Escondido-Huatulco area into an international tourism destination along the lines of Acapulco or the Caribbean coast of Yucatan.

Meanwhile, the adjunct project of modernizing the coast road running east to west from Puerto Escondido to Huatulco, and eventually beyond to Puerto Angel, has been stalled by a court injunction over the claims of local landowner groups in the agricultural community of San Francisco Cozoaltepec. A claim was filed against the Secretaría de Comunicaciones y Transportes (SCT) requesting compensation for the roads passing through communally owned agricultural land in Santa Maria Pochutla, and recently a group from San Pedro Pochutla has added similar claims against the SCT over failure of the Federal authorities to pay promised compensation for roads built during the 1980s. There will be no further construction on the Puerto Escondido-Huatulco coast road until the matter is settled in court.

The Mexican media and the travel industry have generally hyped the Oaxaca Highway up, and with good reason. The improved accessibility to the region offered by the new Oaxaca Highway, when completed, should be an economic godsend to the fledgling tourism industries in towns all along the Oaxaca Pacific coast, from Puerto Escondido all the way to Puerto Angel, and those travelers who have already discovered the magical wonder of these pristine and beautiful places will be all the happier to return again and again, and spread the word to other travelers about the wonder and beauty of the Oaxacan Pacific coast.

What do you think of the Oaxaca Highway project?