Teens, travelers in their twenties, and tourists with only two or three days to spend vacationing in Oaxaca tend to prefer staying downtown, close to the zócalo.  After all, walking from a hotel or bed and breakfast to downtown sights is easy, and lodgings are in close proximity to the best Oaxacan restaurants and most downtown sights. But staying in the suburbs or nearby towns and villages does have distinct advantages over downtown Oaxaca accommodations.

The Good, The Bad and The Ugly of Downtown Oaxaca Accommodations

Proximity to almost everything in the centro histórico is the major advantage of staying at a hotel or b & b in downtown Oaxaca.  You can go out in the morning, have lunch, and then go back to the hotel for a snooze before dinner. And of course walking home from the restaurant is easy. Taxis are unnecessary to get to and from any major downtown attraction, even though some tourists don’t see it that way.  You’re in the middle of a quaint, colonial Mexican city.

But there are also some downsides to lodging in the heart of downtown Oaxaca:

NOISE:  While suburban and out-of-town accommodations have their noisy moments, downtown Oaxaca is plagued with bus traffic and horn honking. Many hotel rooms are perfectly quiet, though, especially in the older hotels with thick walls.  A room back from the street is preferred, regardless of accommodation type. Fiesta-time can be particularly noisy with bands blaring, fireworks and reveling to the wee hours.

POLLUTION:  Without enforcement of emissions regulations, car, truck and bus exhaust fumes are always problematic.  And since Oaxaca’s downtown core is closed in with buildings and is generally at a lower altitude than the suburbs and many villages, it feels hotter in the city center, without breezes; the heat and the pollution stick.  Traffic is stop-and-go virtually every weekday daylight hour.  Many businesses close for siesta from roughly 2 – 4 pm when shopkeepers go home.  It’s also the time when many parents hop in the car to pick up their children from school.  Accordingly there are twice as many rush hours as one generally encounters in the US or Canada – more traffic during more hours. With citizens’ apparent right to blockade streets when interest groups go on strike or decide to gripe at will, traffic becomes even worse both downtown and along major arterial roadways along the periphery of downtown Oaxaca.

INTANGIBLE:  Staying in downtown Oaxaca means that aside from touring the craft villages and other out-of-town sights, there is very little opportunity to simply “get away from it all,” meaning virtually always running into other tourists and being exposed to a constant bombardment of stimuli, be it street vendors, traffic, crowds, and the sounds of a city with a population of about 400,000; though of course it’s nothing compared to what one generally encounters in the downtown sector of larger cities.

Lodging in a Oaxacan suburb or neighborhood such as Reforma, Loma Linda, San Felipe or Guadalupe Victoria, or out-of-town in Huayapam, Tlalixtac, Etla or Teotitlan del Valle, similarly has pluses and minuses.

The major downsides of accommodations outside Oaxaca’s city center are:

NOISE:  The types of sounds and noises you hear while staying outside of downtown Oaxaca are different, and yes, sometimes disturbing late at night and early in the morning.  There are dogs, roosters and donkeys; and every type of goods and services vendor with car top loud speakers blaring messages and jingles as well as honking horns; hawking tortillas, propane, fruit, buns and pastries, water and more.  If staying near a valley, sounds echo, particularly disturbing when fireworks go off or there are late night parties.  But remember that downtown is certainly not immune to late-night fireworks and music either.

GENERAL INCONVENIENCE:  Tourists generally must take a bus or taxi, or walk to get back to the hotel or bed & breakfast at the end of the day, or to get downtown for that matter.  However, many lodgings offer rides downtown or shuttle bus service, greatly reducing the inconvenience.  While there are grocery stores and restaurants in the outlying areas, the selection is not that great.  However, there are in fact numerous small convenience stores and night-time taco stands serving delectable full meals and snacks.  As well, there are some extremely good restaurants outside of the city core which are in fact patronized by even residents of downtown Oaxaca.

Lodging Outside of Oaxaca City Proper Has Its Advantages

But for many, in particular more seasoned travelers, those with the luxury of being able to have an extended visit to Oaxaca, or vacationers who want a more laid-back experience, suburban and village accommodations hold a definite allure:

RELAXATION:  Suburban accommodations often have walking, hiking and nature trails nearby, rarely found downtown.  The air is cleaner and fresher and it’s often cooler. The size of individual rental units tends to be considerably larger than in a downtown hotel or  b & b, and grounds are usually larger with more greet space.

CULTURAL EXPERIENCE: One actually feels part of a Mexican neighborhood, rather than a tourist amidst throngs of other tourists and the plethora of merchants marketing their products or services along every downtown street. Suburban accommodations provide a bit of both worlds, lodging in a real Mexican setting away from all the hubbub, yet only a short walk or drive from all the action. 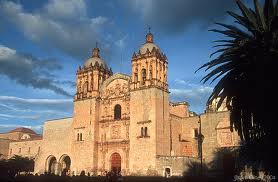 Due diligence is the key.  As long as the visitor to Oaxaca does a bit of homework and investigation, and asks prospective lodging hosts the right questions before committing, the decision becomes easy and there will be no regrets regarding lodging in downtown Oaxaca or one of its suburbs or neighboring towns.

Written by Huatulco Eye guest writer, Alvin Starkman, who operates Casa Machaya Oaxaca Bed & Breakfast (http://www.oaxacadream.com) with wife Arlene. Alvin is a contributing writer for Mexico Today, and has written over 200 articles about life and cultural traditions in Oaxaca and its central valleys.  He also assists tourists in planning their visits to the craft towns, ruins and downtown sights.