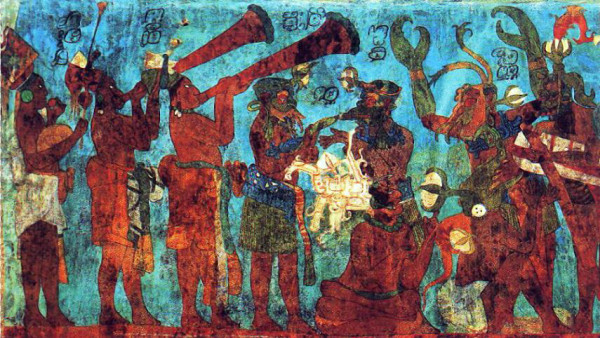 Music has, for centuries, been an integral part of the life and culture of the indigenous people of Mexico. Before the arrival of the first Spanish Conquistadors they used conch shell horns, reed and wooden flutes and various drums and other percussive instruments to make music to enhance their ceremonial life. When the priests of the Spanish Conquest began introducing their brand of Christianity to the Mexican people, they brought instruments whose intended use was to be strictly for religious ceremonies but to the dismay and objection of the clergy, the indigenous people began to use them for secular songwriting and performance as well.

In Mexico, as in the rest of the world, music has been evolutionary and sometimes revolutionary. The Mariachi music was, perhaps more than any other, tied closely in its development to Mexico’s long struggle for independence from Spanish rule and oppression. Mariachi groups often composed and performed songs that praised revolutionary leaders and victories and derided the oppressors.

Originating in the State of Jalisco, Mariachi as we know it began in the early to mid-1800’s with groups of musicians using harps, guitars, horns and violins; the usual basis at that time for Spanish theatrical orchestras. Playing traditional popular songs, and composing new, pleasing music spread the growth of Mariachi. But staying current through the changes in Mexican government and social structure was an integral part of Mariachi success.

Mariachi by the early 1900’s was taking on a certain uniformity of style and substance as the performers learned from popularity and success. The common elements of modern Mariachi became the stylized dress of the Charro (horseman) of Jalisco; the tailored, woolen long pants and short jacket, festooned with gold or silver colored metal buckles, and the highly decorated wide-brimmed sombrero, along with the instrumention used. Inclusion of the Vihuela (Spanish 5 string guitar) and the Guitarron (4 string bass guitar) in the group were considered essential definitive elements, and still are. Violins and trumpets are traditional as well, depending on the size of the ensemble. 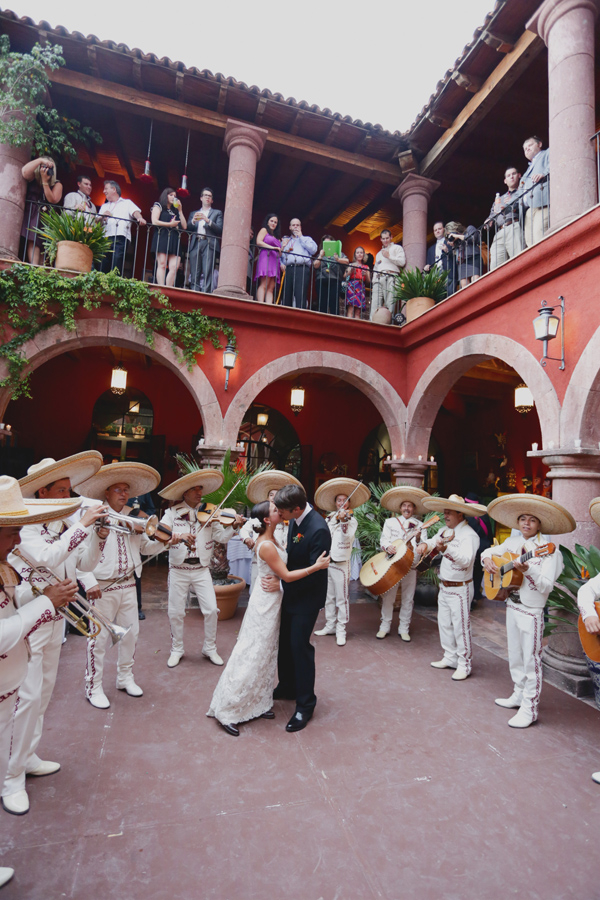 Weddings, political events, Quinceañeras (traditional family ceremony celebrating a daughter’s attaining her 15th birthday), and Mother’s Days are common occasions for the hiring of Mariachi performers. In many parts of Mexico they are considered very important to the perceived success of these events. Often Mariachis are hired by a man to serenade the woman he hopes to win for his bride. Their soulful renditions of romantic songs are thought to be irresistible. This past November the United Nations’ Organization for Education, Science and Culture (UNESCO), added mariachi music to the organization’s list of intangible cultural patrimony.

Among many styles of music and musical groups in Mexico, Mariachi has become internationally known and played probably more than any other. It is arguably the most uniquely and truly Mexican, and the nation takes great pride in that tradition.

by Neal Erickson – guest writer of the Huatulco Eye

Related Articles on the traditions of Mexico:

The Ancient Art of Purple: https://baysidevacationshuatulco.com/ancient-art-purple/