By Jan and Marcia Chaiken – writers of the Huatulco Eye

Fábrica Mexicana, an exhibition presented in the Modern Art Museum (MAM) in Mexico City, made clear that Mexico must be placed high on the list of countries creating the most imaginative and environmentally friendly industrial designs. Featuring displays of industrial design and modern architecture in Mexico, the exhibition focused on the influence of Mexican art on shaping commercial products, buildings and whole neighborhoods.

In the 20th century, industrial designers everywhere focused on making products that were esthetically pleasing to potential customers, identifiable as belonging to the particular trademark of their company, easy to use, durable, and made of materials that were inexpensive and reliably available. 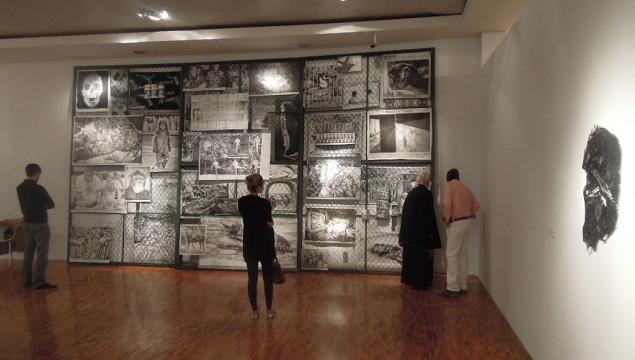 The exhibition at the Modern Art Museum emphasized the radical change in focus and orientation of industrial designers, especially as typified by the latest generation in Mexico. One major change is an expansion of interest from individual products to the larger environment, such as design of usable public spaces or even transportation corridors. A second major change is a concern with social, ecological, and political impacts of products, including sensitivity to
cultural diversity, issues of privacy, and the welfare of workers who make the products.

On display was a bicycle made of bamboo and recycled truck tires — lightweight but functional. The furniture on display was primarily made of wood, but on closer inspection you could see that the interior of the wood, while appearing to be plywood, was actually made of various recycled or biodegradable materials. A featured living-room table included an attached birdcage, with a result both striking and philosophically stimulating. Some modern chairs blatantly displayed their interior content, so you could observe the ecological concerns of the designer.

To get close to the exhibit displaying a full-size prototype of a lightweight, small vehicle, you had to push your way past the small boys who were examining every gadget and staring into the interior. Brilliant orange in color, the car was made of strong but lightweight plastic and had a racing-car aspect that gives the impression of movement at 150 kmh, although it has a limited range and speed. Wheels, tires, handles, air vents, and other parts were made of recycled materials. It spoke to the observer of the tradeoffs involved in designing a vehicle that does not consume a lot of gasoline and yet is practical for everyday use.

A display less appealing to young boys, but definitely a favorite of one of your writers, was an exhibit of planters that had been made from old tires. One’s eyes first are drawn to the beautiful plants. Only after a few minutes, the viewer recognizes that the containers are not an integral part of the plants but parts of tires shaped to resemble the root system and natural terrain of the plant.

Also featured in the Fábrica Mexicana exhibit were “before and after” photos of restaurants that had been transformed from unsanitary hovels into clean, modern, attractive and inviting spaces. On a larger scale, the exhibit presented architectural designs intended to transform areas of urban blight into neighborhoods incorporating residential space, commercial areas and mass transit (bus or train) stations. Some of these transformations were graphically presented. Others had never been realized. A separate exhibit in the museum provided insights into why some of these projects had failed to materialize. 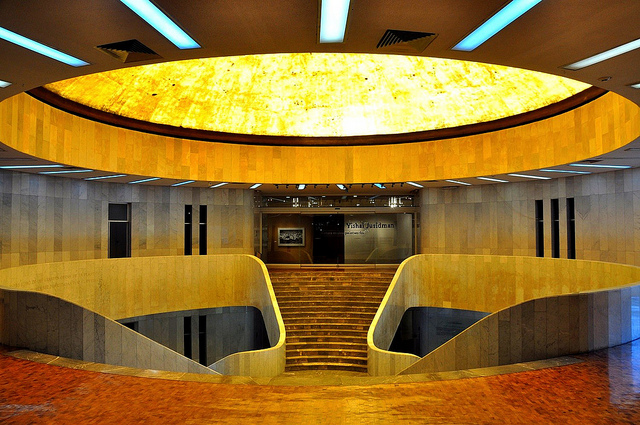 As a whole, the exhibit sensitized those who attended to take note of the remarkable modern architecture and designs on display in Mexico City neighborhoods. From Mexican designed-clothes that are elegantly simple and sophisticated yet incorporate traditional designs and colors, to the enormous National Auditorium that has perfect acoustics and excellent sight-lines for an audience of 10,000, the visitor can be immersed in wonderful modern architecture and design. Although the Museum of Modern Art (MAM) exhibit described above ended in February, the current special exhibit at MAM expands on the theme of modern architecture in Mexico.