The Art of the Palapa 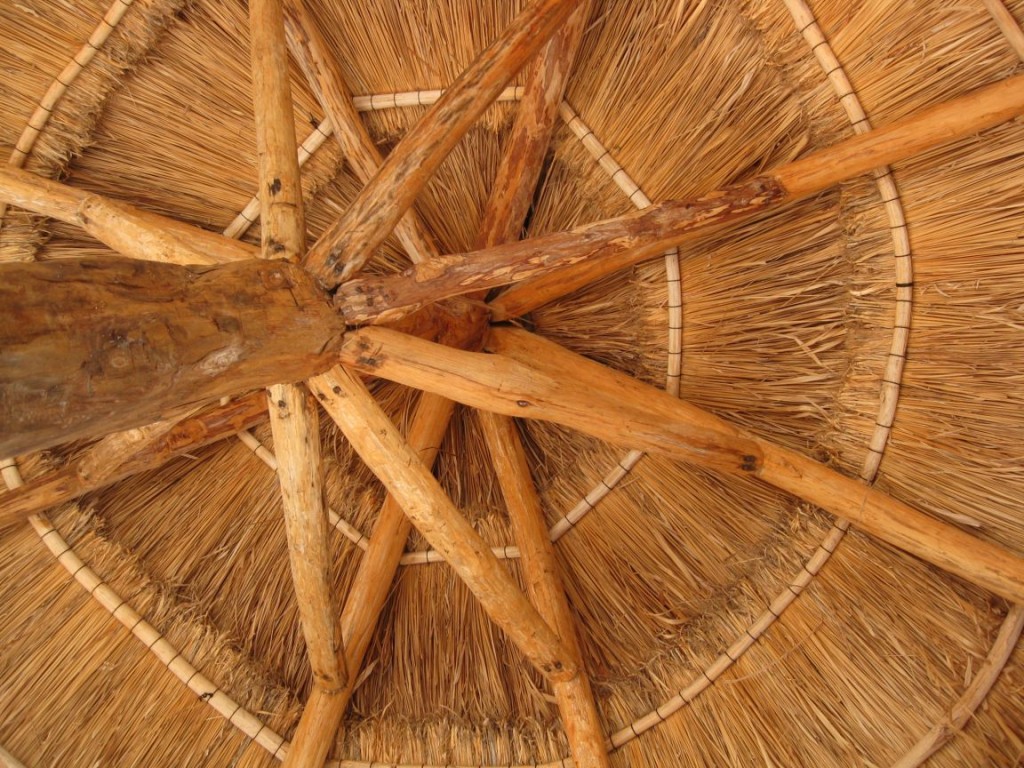 In this part of Mexico, the word palapa is used to describe a thatched roof house without walls. It is a word that is said to have its origin in Nahuatl, being a combination of words meaning, “butterfly in the water”. The palapa is a structure that has evolved in tropical climes. Universally, human shelter types have developed due to regional climate requirements and availability of material. The methods and materials in the evolution of construction have been intentionally combined to lend a majestic beauty to a well-constructed palapa. In Mexico, as in the rest of the world, aesthetics have closely followed function in human endeavors. Now modern palapa builders also try to use material that is harvested in a sustainable way, and create sensible designs that minimize waste.

The thatch roof is the defining characteristic of palapa construction. Thatch material varies, but the best is considered to be the leaves of the Palma Real (Royal Palm). For generations it has been known to be the most durable and effective thatch for a palapa roof, and when woven properly is waterproof and provides high insulation qualities against the heat of the tropical sun. A good thatch actually creates it’s own microclimate beneath it. Other types of palm leaves and even bundled long grasses have also been used in certain areas, but generally are considered inferior in one way or another to the Palma Real.

The most valuable quality associated with the Palma Real is probably the durability. It is common knowledge that Palma Real fronds must be harvested on the advent of a full moon for them to be at their best, and if not, they will deteriorate prematurely. The science of this belief has been debated, but the experience of builders leaves no room for doubt. A good Palma Real thatch, beginning with proper harvesting, can last as long as 20 years.
A thatch roof is not without its drawbacks. It not only provides a microclimate below it, it also provides a desirable nesting environment within it. Mice, snakes, scorpions and a variety of insects find it to be a delightful place to raise a family. As a preventive measure, polished stone or other materials that discourage climbing can be used to surround the base of the support poles of the structure. As a matter of course however, thatched-roof owners have learned that insecticide fumigation on a regular basis is essential for preventing unwanted guest communities.

The support structure of the palapa is traditionally wooden poles, using vertical poles to hold up the entire roof structure, and crosshatched poles forming a peaked roof on which the thatch is woven and held in place.

Originally (before the introduction of nails) the vertical and horizontal poles were lashed together with bejuco vines. The fibrous strength and flexibility of these readily available plants made them the most desired material for structural binding in this part of the world for many years. Through the millennia many palapas have been built, and many very practical methods have evolved according to the imagination of the builders. Essentially the point of the structure is to be strong enough to hold up the thatch so it can do its job, do so with a pleasing appearance, and withstand extreme weather conditions. 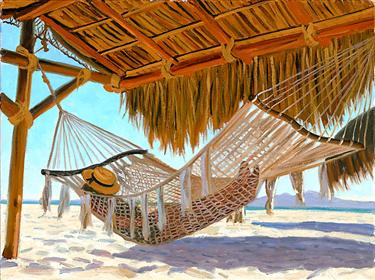 The wood of the ocotillo tree is considered one of the best, for palapa structural poles. It is very strong, dense and insect resistant, and above all has a unique beauty to its grain. The ocotillo has been preferred and harvested for many years, and that steady demand has threatened the species, causing the Mexican government to prohibit its harvest and use. Not coincidentally, the same pressures applied to the Palma Real, and it too is now a prohibited species. This does not mean the prohibitions are being ideally enforced however. Palapa building continues with these materials despite the efforts of the environmentalists and some design professionals. As in many other aspects of society in Mexico, practicality, fueled by demand, finds a way.

By Neal Erickson – The Eye, Huatulco